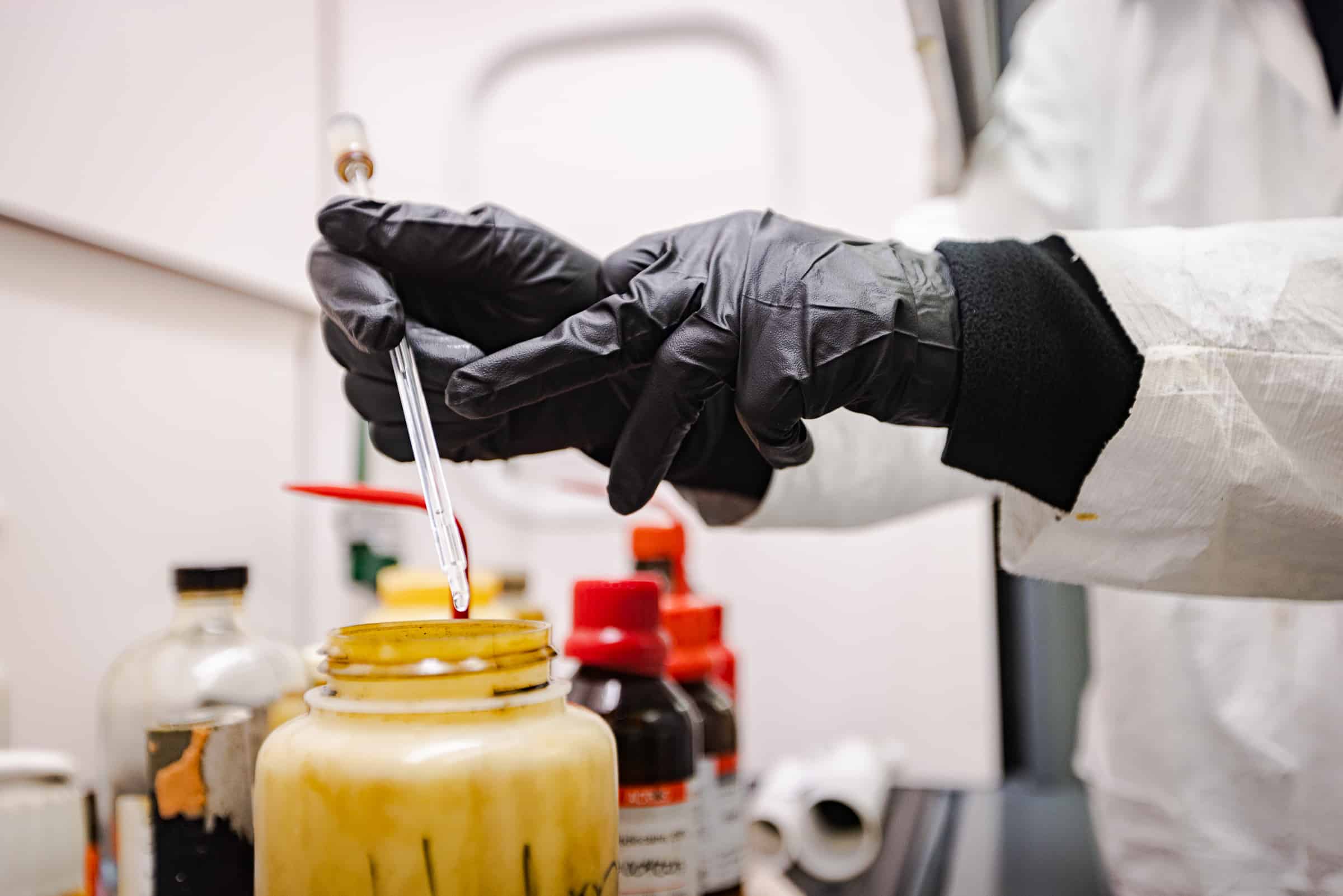 New research by the Petroleum Development Lab at the UAF Institute for Northern Engineering demonstrates the potential for commercial production of heavy crude at existing North Slope oil fields.

The process injects a mixture of polymer and seawater into the reservoir, substantially increasing the production of heavy oil compared to traditional water injection. The research demonstrates that the technology works on the North Slope. UAF researchers are encouraged by the progress they are making and believe higher production can be achieved over the next decade.

“This project demonstrates how UAF is contributing to developing Alaska’s economy while also educating and training the workforce,” says UAF Chancellor Dan White.

The polymer flood technique could allow for development of shallower reservoirs where crude oil is as viscous as molasses. Researchers note that the lighter output from the main Prudhoe Bay wells could dilute the heavy crude for transport down the Trans Alaska Pipeline System.

The Dunleavy administration directed $5 million for the next phase of the research project in its FY23 state budget after the US Department of Energy eliminated funding for heavy oil research this year.

“The next state-funded phase of the heavy oil project underway at UAF could unlock the tens of billions of barrels of heavy oil lying underneath Alaska’s North Slope. That is a resource too large to ignore,” says Governor Mike Dunleavy. “If we have a breakthrough, heavy oil will extend the lifespan of the oil pipeline and provide substantial revenue for the state, and the Alaska Permanent Fund. University of Alaska research, whether it is heavy oil, renewable energy, or drone technology, can propel Alaska’s economy into the future.”

In This Issue
The Realities of Net Zero
November 2022
Organizations around the world are focused on addressing climate change. Most major corporations are rearranging priorities and reallocating capital and personnel to determine the most efficient path to achieve Net Zero (where emissions of carbon dioxide or methane are eliminated or balanced by removal from the atmosphere).
Read Latest Issue
Office of the Governor Prudhoe Bay UAF
Share This