When Team Asriavik gathered in April for the National Renewable Energy Laboratory’s Solar Decathlon in Colorado, it was the first time the four UAF students met in the same room.

Up to that point, Deilah Johnson, Aihs Palmer, Amanda Tördal, and Meg Waite had collaborated online for the Solar Design Challenge class through the UAF Bristol Bay Campus. Each met through the spring semester from their homes in Fairbanks, Oregon, and Illinois.

Later this summer, Team Asriavik (which means “blueberry” in Inupiaq) hopes to convince officials that their design could ease a housing shortage in Nome.

The inspiration for their design came from Johnson, the environmental coordinator for the village of Solomon, east of Nome. Many displaced Solomon residents moved to Nome following a school closure in the ‘50s, and they continue to face challenges finding housing in the area.

“When she said they needed housing and this could be a real-world application, I could tell a lot of the other student team members got excited,” says assistant professor Mark Masteller, who taught the class through the Bristol Bay Campus sustainable energy program. “They wanted to do something that somebody wanted to build, that could actually be useful in the world.”

The structure’s skeleton is made of shipping containers, an abundant resource in Nome thanks to freight deliveries. The framework is surrounded with timber construction and includes a 15-kilowatt solar system on the roof, air-source heat pumps, triple-pane windows, and R-61 insulation. 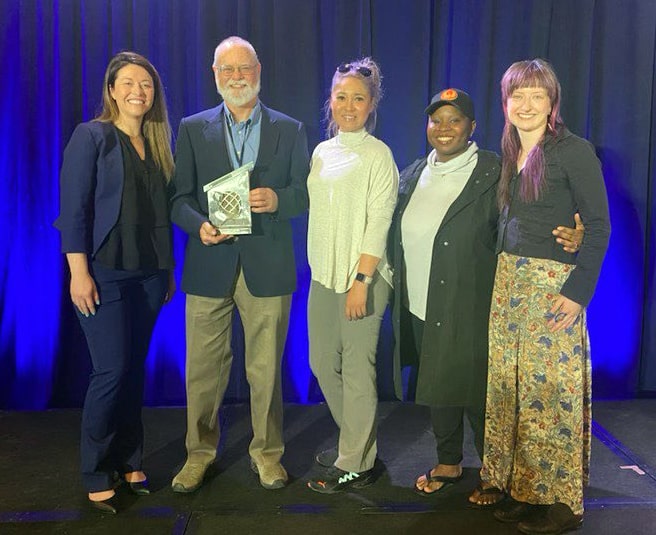 The Alaska Center for Energy and Power and the Cold Climate Housing Research Center helped evaluate the design.

The three-bedroom home is also made to be functional for the climate and lifestyle in Nome. It features a post-and-beam foundation, an Arctic entryway, and a room for processing game meat. The design details led judges to announce at the awards ceremony that the UAF students understood their climate better than any other team.

Designs in the Solar Decathlon are “zero-energy buildings,” which the US Department of Energy defines as a structure that produces as much energy as it consumes during a year. Estimated annual energy costs would be just $240 a year, with construction expenses of as little as half of the $500-per-square-foot costs typical in Nome.

Team Asriavik’s entry was UAF’s first in the Solar Decathlon competition. They faced an international field of twenty-six entries. A team from Sydney, Australia won the top prize.

The UAF team hopes the next step is to make their design a reality for Solomon tribal members living in Nome.

Johnson is proposing the design to tribal officials this summer, with hopes that homes could be approved for construction in 2023.

Although government housing projects are typically wary of nonstandard designs, Masteller believes the students’ work will ultimately make a difference for local residents.

“Even if the design isn’t accepted, it could convince them that a low energy-consumption building is plausible in that area,” he says.

In This Issue
Junior Achievement of Alaska Celebrates 50 Years
JANUARY 2023
2023 is particularly special for Junior Achievement (JA) of Alaska as we celebrate our 50th Anniversary. Fifty years ago in 1973, C. H. Rosenthal, Joseph P. Wiley, Dave Stein, and Les Pace established an organization to teach financial literacy, work readiness, and entrepreneurship to Alaska’s youth, helping them acquire the skills they needed to succeed in a changing economy.
Read Latest Issue
Alaska Center for Energy and Power UAF
Share This